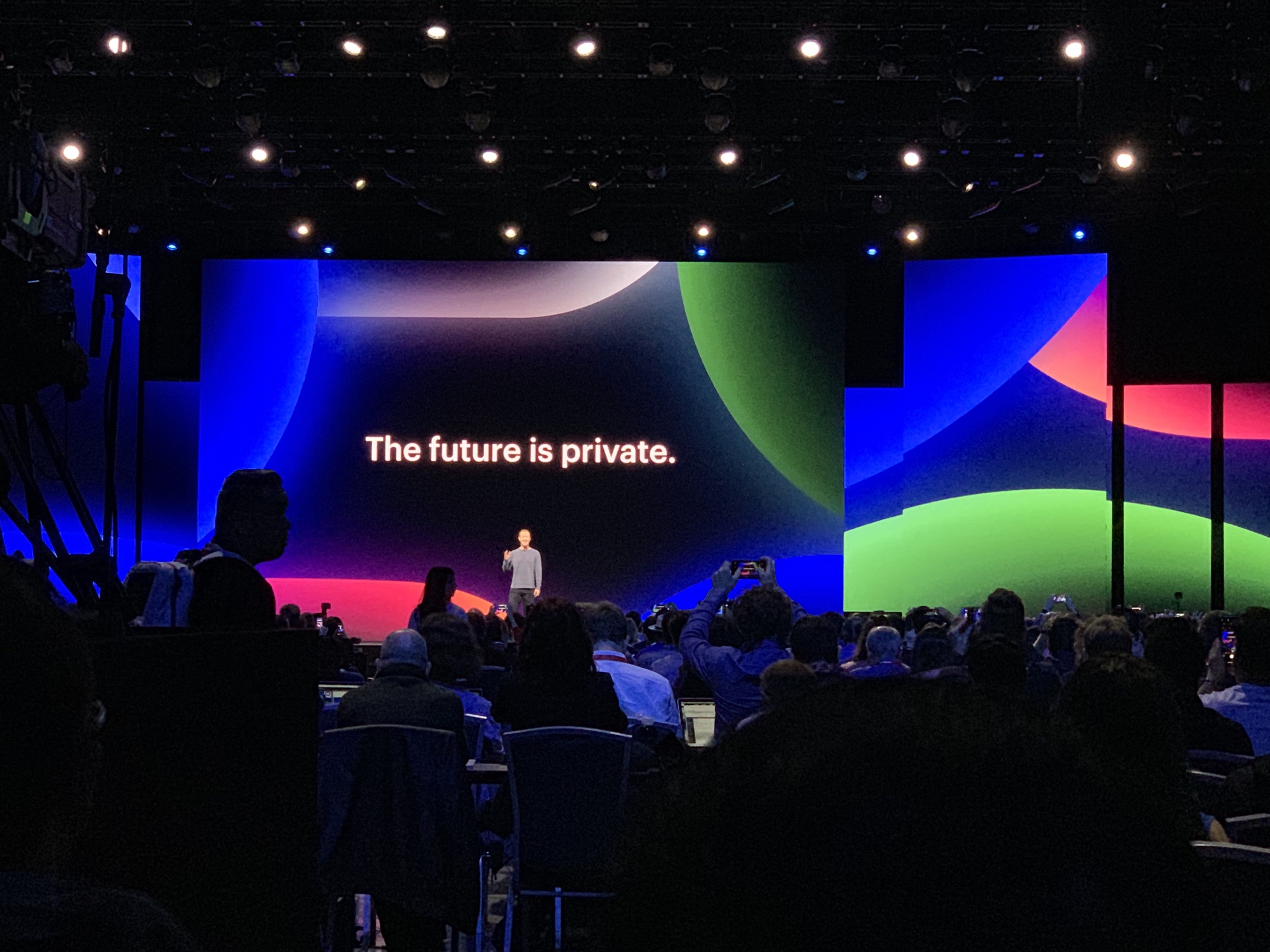 I got invited by Facebook to attend its F8 developer conference in San Jose the week before last. This year marked the tenth such conference for Facebook. What started out as an 8-hour hackathon has evolved into a major event for developers and innovators from around the world.

Th conference offered some really insightful deep-dive sessions and product demos that showcased the latest in AI, open source, AR/VR, and developer programs as well as new tools across Facebook’s family of apps. Yet, perhaps the most common theme that dominated this year’s event was the focus on privacy.

During his keynote, Mark Zuckerberg really set the tone of the event, laying out a privacy-focused vision for social networking. He summed up the thoughts of many developers in the room by saying, “This has been an intense year, and I know it hasn’t been easy being a developer these last couple of months. And that’s an understatement.”  He added, “I know the vast majority of you are focused on building good things,” referring to the Cambridge Analytica scandal as a breach of trust.

According to Zuckerberg, instead of just being the network that connects everyone, Facebook wants to encourage small groups of people to carry on encrypted conversations that neither Facebook nor any other outsider can read. It also plans to let messages automatically disappear, a feature created by Snapchat.

Another key announcement that came out of the event was the open sourcing of Facebook developer tools which will allow developers to produce quality code at scale. Last year, Facebook unveiled the PyTorch 1.0 open-source deep learning AI framework to help accelerate and optimize the process of taking AI development from research to production and is being used by companies, such as Airbnb, Genentech, Microsoft, and Toyota. The company also announced new AI tools for moderating content and for training facial-recognition software to accurately detect all people on its portal screens.

And, keeping with a new focus and face for Facebook, it also launched a new design  (known as FB5) intended to make using Facebook simpler and faster and to make  finding what you are looking for much easier.

There were many more announcements, shared insights and ideas that came out of this year’s F8 developers conference, but what struck me the most was the continued air of innovation and enthusiasm that permeated the event. Despite a tough year that brought to light justifiable data privacy concerns that have arisen within a nascent socially networked world, the event reinforced the commitment of industry leaders, developers and innovators who are willing to work together to help technology bring about change for the better.