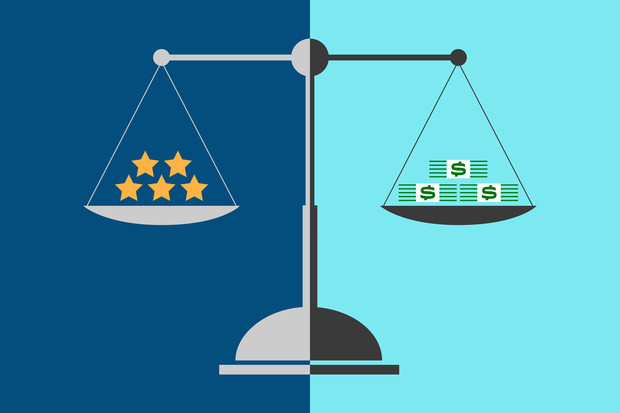 This post originally appeared as If you don’t tip your waiter, should you tip your app developer? on our COO, Carlos Meléndez, Under Development blog at InfoWorld and is reprinted with permission from IDG.

Last year, I wrote a post in favor of tipping free app developers the same way that we tip workers in the service industry. My argument was that app developers spend a considerable amount of time building a tool that you access for free, and that tipping them should be as commonplace as tipping a waiter.

In recent months, however, that practice has become increasingly less commonplace. Several major restaurant groups have stepped forward to ban tipping in favor of higher wages, reigniting a national debate around the necessity of tipping and fair compensation in the service industry. So, if the solution to ensuring that the wait staff receives a decent paycheck is the elimination of tipping and a higher hourly income, what’s the parallel in the app development community?

Opt to pay instead of defaulting to downloading free apps: It seems like an easy enough solution, if app developers want to be paid for their time, they should be charging for their apps, right? Unfortunately, it’s not so simple, especially when you consider that many developers work on free apps in order to gain exposure or brand visibility for other, often times paid, projects. However, for developers who are okay with taking a hit on download numbers in favor of a steadier paycheck, charging may be the route to take. As a consumer, consider purchasing the paid versions of apps that you really love, and use regularly.

Make more in-app purchases: Even free apps typically have the option to make in-app purchases to access enhanced features, and also limit the number of advertisements that you’re served. For apps that you’re using frequently, it may make sense to upgrade to ensure that you have the best operating experience, and that developers are getting a cut of profits on the other end.

Leave good reviews: Even if you’re not able to make a monetary transaction, you can support developers by leaving four-star reviews for apps that are particularly useful. In the app community, good reviews are key to driving downloads, and in many cases converting free users to paying customers.

As I mentioned in my previous post, I’m all for creating a way for consumers to tip free app developers, although I recognize that the practice may present some regulatory challenges. In the meantime, as a consumer, consider other ways that you can support developers and help them keep making apps that you regularly enjoy.