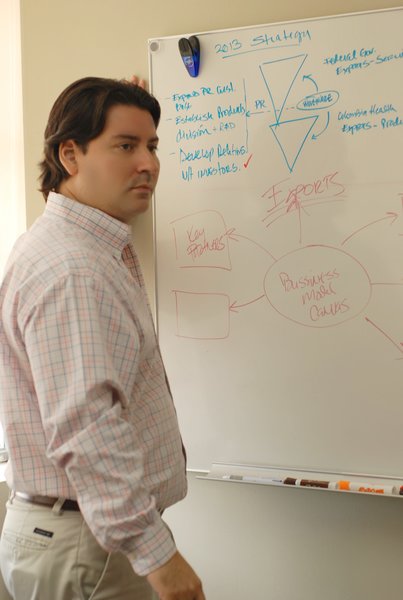 Wovenware, the smarter software development and engineering company, announced today that Founder and CEO Christian González has been elected president of the board of directors for the Puerto Rico IT Cluster, an industry organization that aims to elevate Puerto Rico’s status as an IT innovation and services leader.

González has served on the board of directors for the P.R. IT Cluster since 2012. In that role he has spearheaded initiatives including federal government procurement, changes to the organizational structure of the organization, and public policy advocacy in favor of the Cluster members. Working closely with government agencies, academic institutions, and leading IT-focused organizations such as Wovenware, the Puerto Rico IT Cluster promotes the integration, creation, growth, and sustainability of the information technology sector in Puerto Rico.

“For the past three years, Christian has made a significant contribution as a valued member of the board of the Puerto Rico IT Cluster (PRITC) by providing a unique and well-balanced set of skills such as passion, poise and out-of-the-box thinking,” noted Henry Gordillo at the P.R. IT Cluster. “Christian’s new leadership role as president of the PRITC is exactly what’s needed at this crucial moment in which the organization is positioned to grow to the next level. I am committed to growing and increasing value of the PRITC, and I am certain that we will see great things from the PRITC in the coming year with Christian as its president.”

In his new role, Gonzalez will help to update the organizational strategy and further build the P.R. IT Cluster’s increasingly global network of influencers helping to make Puerto Rico an important player in IT services and software development worldwide. The island, a part of the U.S., boasts highly competitive engineering schools and an exceptionally well-educated workforce, while offering lower cost of operations for mainland U.S. and European companies seeking nearshore technology solutions.

“As an engineer, an entrepreneur, and a native Puerto Rican, I am deeply committed to helping elevate Puerto Rico as a world-class resource for IT solutions and services,” said González. “I am honored to have been elected to lead the P.R. IT Cluster, and am looking forward to collaborating with my peers on new ideas and initiatives in the months to come.”