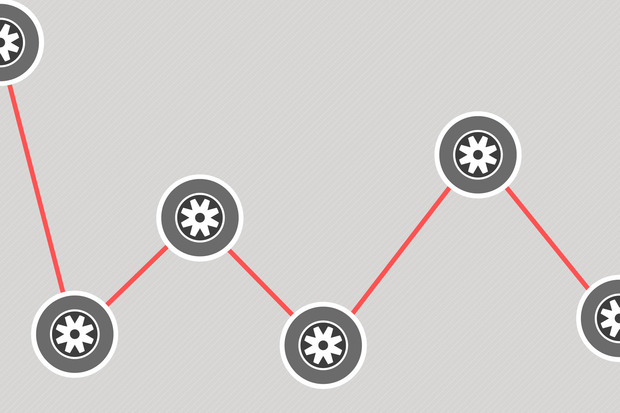 This post originally appeared as Big automakers, big recalls, big data solutions on our COO, Carlos Meléndez, Under Development blog at InfoWorld and is reprinted with permission from IDG.

Last week, GM reported earnings that disappointed Wall Street, despite the fact that year-over-year quarterly profit was up from 2014, when GM was paying for the cost of an ignition switch recall across millions of vehicles. Which raises the question: what is the data management cost of a recall?

Automotive safety recalls have hit an all-time high in the past three years: faulty air bag inflators alone have caused the recall of more than 17 million vehicles worldwide. And completion rates for fixing those problems are as low at 15 percent.

According to reporting by the New York Times, three out of four autos needing replacement parts due to faulty engineering get fixed within 18 months. Why isn’t that 100 percent, and why doesn’t it happen sooner?

Putting aside the very real dangers associated with noncompliance when it comes to non-completion of safety recall repairs, I think there’s a bigger story here about data management shortcomings.

Like all major manufacturing organizations, big automakers have large, complex, and distributed supply chains, as well as a system of dealers that sell their products to end customers. Between suppliers, manufacturers, dealers, and individual customers, there are a lot of data points to track.

Ultimately what carmakers care about is one data point: the one that tells them whether an end-customer has completed the fix for a recalled part or system. Companies like GM have been using creative communications, including social media, email, and personal contacts to address the faulty ignition switch problem.

GM may consider that progress, but it highlights a disconnect: The communications team reached customers by comparing small-car ownership data against that of Facebook and AOL users, but the supply chain team still struggled because it was hard to get parts to dealerships fast enough to cope with the recall quickly. And GM had to comb social media because many customers’ data resides at the dealer level, not the company level.

Clearly there is a breakdown in data connectivity: information about the end customer and information about the replacement part do not live in the same systems; furthermore, those systems don’t even talk to one another. Without holistic data management, the companies can never hope to have holistic business intelligence.

In order to truly understand your customer, you have to be close to that customer’s data. In order to manage your products’ lifecycles, you need a handle on the journey those products’ components take through the supply chain—and when links in that chain are broken.

In contrast to big automakers’ struggles, consider this: a major online retailer recently issued a recall of some children’s pajamas due to a federal flammability compliance failure. The company sent both a letter and a prepaid postage label so that customers could easily pack the faulty items into a box or envelope and send them back for a replacement check.

Not only did this enable complete data tracking from customer receipt to return of items and cash refund, it made the process basically effortless for the consumer.

Buying a car has never been easier; with better data, getting one fixed might be a lot easier, too.