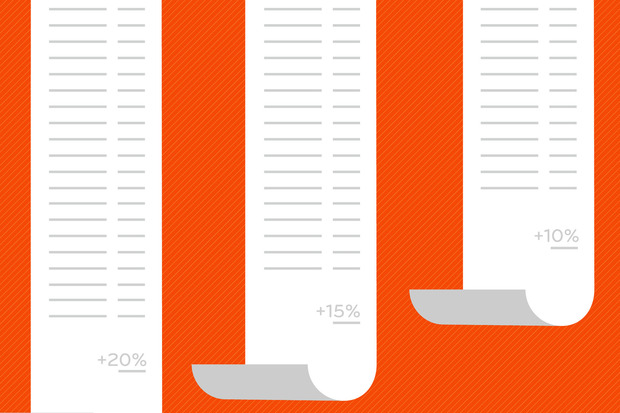 This post originally appeared as Why you should start tipping your free app developer on our COO, Carlos Meléndez, Under Development blog at InfoWorld and is reprinted with permission from IDG.

Should app developers that create code for free ask for tips instead of donations? Imagine the Apache Software Foundation or Wikipedia including a tip button on their website. Would you tip them?

You should. Here is why.

(Oh, and in case you were wondering: waiters officially do have to pay taxes on your tip money. The same principle applies to other workers like taxi drivers.)

I would estimate the average length of time spent in a meal at a restaurant to be between 60 and 90 minutes. The average Boston taxi trip costs $15.45. People in both of these situations, having dinner at a restaurant and taking a taxi in Boston, would probably tip their waiter and the taxi driver.

Now lets analyze your free app developer. I would estimate the average cost of a mobile application to be $10,000. The free app developer would probably invest between 80-160 hours to develop, test, and deploy the app.

Research conducted by Nielsen found that users age 18 and over spend on average 30 hours, 15 minutes per month using an average of 26.8 apps. This is roughly one hour per month, or the same time spent on a meal at a restaurant. Certainly less time than a standard taxi ride.

A good friend and angel investor told me that if he spends more than 2 hours playing a free app, he would either donate some money to the app developer or buy some in-app purchase to thank the developer. If the developer had included a tip button on the app he would probably use it instead.

I’m calling for the introduction of the free app tip jar — a button on every free app that lets the user pay a small fee at their own discretion. Of course, this might draw the attention of the IRS — the same folks that require tip money be taxed on waitstaff and taxi drivers. But isn’t a little regulatory complexity worth the price of regarding good work and great service?